Listen to Thom play some of his favorite Jazz Piano Standards

Like what you hear? Toss something in the “Tip Glass” below for Thom.

“My Funny Valentine” debuted in the Broadway musical Babes in Arms. Mitzi Green sang to Ray Heatherton, whose character was named “Val” (Valentine) White. After opening at the Schubert Theater on April 14, 1937, the show ran for 289 performances. “My Funny Valentine” hit the recording charts in 1945, eventually going to number sixteen.

Duke Ellington and his orchestra introduced “In a Sentimental Mood” in April 1935. It enjoyed a wave of popularity in the 1930s and rose to number fourteen on the pop charts. Later it became the theme song for at least nine radio programs. Ellington’s music combined with the lyrics of Kurtz and Mills has brought high compliments from music critics, including: “Simply the most beautiful song ever written” and “The perfect soundtrack for falling in love.”

The American opera Porgy and Bess opened at the Alvin Theatre in New York on October 10, 1935. In the opening act, actress/singer Abbie Mitchell sang “Summertime” as a lullaby to her baby. Billie Holiday’s recording of “Summertime” hit the charts in September of the next year and rose to number twelve. In 1966, Billy Stewart recorded an R&B version of the song, which rose to number ten.

In 1944, “Stella by Starlight” debuted in the Paramount film The Uninvited. The music, composed by Victor Young, was the movie’s recurring theme, but the song took the spotlight when star Ray Milland (Rod) played it for Gail Russell (Stella). When she asked what he was playing, he said, “It’s a serenade: ‘To Stella by Starlight.’”

“Satin Doll,” featuring a piano solo by Duke Ellington, was first recorded in April 1935. It entered the pop charts two months later and rose to number twenty-seven. Ellington originally composed the basic melody as part of his biography of Billy Strayhorn. Later, Strayhorn added harmony and lyrics to Ellington’s sketch and named it “Satin Doll,” his pet name for his mother. Five years later Johnny Mercer wrote new lyrics, and the result is the song we know today.

“My Romance” was first performed by Gloria Grafton and Donald Novis in the extravagant musical Jumbo. Starring Jimmy Durante, Jumbo received top reviews. Nevertheless, it ran for just 233 performances and managed to cover only half of its record-breaking production costs. “My Romance” has been performed by most of the jazz greats; however, it has become most widely known as the title track of a 1990 Carly Simon CD.

On September 8, 1953, Dolores Gray first performed “Here’s That Rainy Day” in the Broadway musical Carnival in Flanders. Despite high expectations, the play closed after only six performances. Nevertheless, the short-lived Carnival in Flanders left its impression on Broadway. The score by Van Heusen and Burke produced a top jazz composition: “Here’s That Rainy Day,” and Dolores Gray won a Tony Award for Leading Actress in a Musical, a standing record for the briefest Tony-Award-winning role.

All The Things You Are

Jerome Kern’s last Broadway musical, Very Warm for May, opened in November 1939 and closed after only 59 performances. However, from this failure arose what many regard as Kern’s finest composition. “All the Things You Are” is a warm, romantic song, described by literary and film critic William Zinsser as “…the most perfectly constructed of all popular standards.”

This jazz standard was first recorded in 1958 by Art Blakey and the Jazz Messengers as part of an album titled Moanin’.

Tadd Dameron’s “Lady Bird” was first released in 1948. The American jazz composer, pianist, and arranger has been described as the “definitive arranger/composer of the bop era.”

“Straighten Up and Fly Right,” written in 1943, was the most popular single of the King Cole Trio. It was based on a folk story that Cole’s father had used as a theme for a sermon. The song reached number nine on the pop charts.

“Embraceable You” was introduced in October 1930 by Ginger Rogers and Allen Kearns in the Broadway musical Girl Crazy. This performance was Rogers’s debut as a leading lady.

This 1940 piece by Duke Ellington was first released with the title “Never No Lament.” Three years later, after Russell’s lyrics were added, it hit the pop charts as “Don’t Get Around Much Anymore.”

This song was popularized by Paul Whiteman and his orchestra, featuring vocalist Jack Fulton. After hitting the charts in October 1930, their recording held the number one spot for six weeks. At about the same time, “Body and Soul” debuted in the Broadway revue Three’s a Crowd. 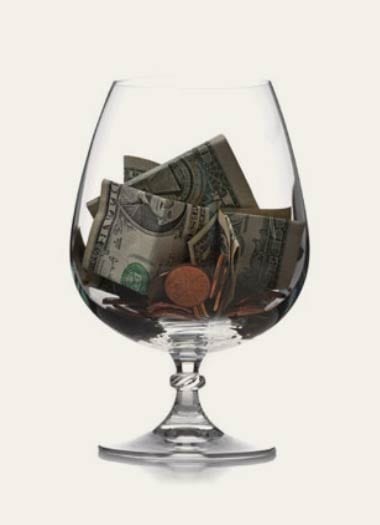 Support Thom's passion to share authentic jazz Piano with the world. You can make a contribution easily with PayPal.